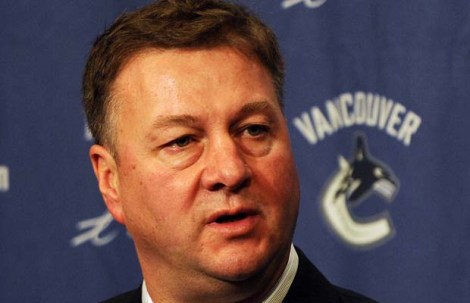 Twice we have been in the same spinning class with Mike Gillis (GM of the Canucks, your future Stanley Cup Winners). This answers the unenlightened people who think that spinning is not particularly manly, (and you know who you are) but is for people who want a very effective workout which doesn’t mess up the joints.

I resisted the temptation to offer him advice on the team. (On the bad side, he drives a Porsche Panamera, widely derided since it was designed for the Chinese markets because the owner can sit in the back, because they don’t generally drive or know anything about cars but know their brands.)

BTW, he was wearing a tres chic grey lululemon number………..