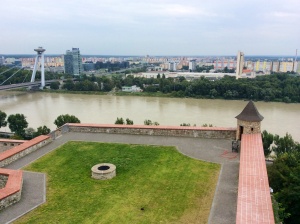 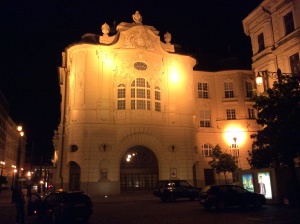 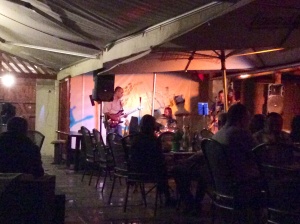 Our Bratislava hotel was literally ON the Danube….as in what is called a “Botel”. We even had our own balcony which afforded us views of the river traffic, including decrepit barges moving upstream and nice river cruiseships. Stuart is fond of calculating how much money we’re not spending by being on one of those cruise boats. The city itself, though full if the now-usual old town streets, churches, and historic monuments, differs from the western cities in that it still feels somewhat down on it’s heels. We turned to ourselves at the same moment with the same thought: if this is what the renewal (as in the EU since 2004), then what kind of hell were these people living in behind the Iron Curtain? And, it might also account for the somewhat grimmer & more snarly attitude. There is still a long way to go in terms of tourism, and they might want to start by going to modern tourism training.

Without sounding too whiney, the “best” Danube bike guide has led us astray numerous times on our journey out of the city through the countryside to Hungary. Mostly, we haven’t seen a single Danube bike path sign since leaving Austria. Makes us wonder what they’re doing with all those EU dollars dedicated to cycling infrastructure development beyond press conferences. 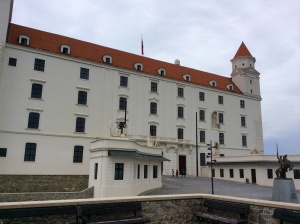 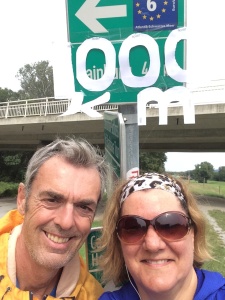 One response to “Slovakia”