…on Route 66, as per the old slogan. The “Main Street of America” (aka the Mother Road – John Steinbeck) was one of the first U.S. highways opened in 1926 and removed from the system in 1985, following the takeover of the Interstate system. Therefore, despite our attempts to avoid Interstates,  we repeatedly found ourselves coming back to portions of the  I-40 and  roughly following what is now known as Historic Route 66. Generally, the Interstate freeways bypass all the smaller towns that once prospered by providing services to travellers, evident in their almost ghost-town atmospheres. Any commercial activities have now been replaced by the usual combination of gas stations and fast food establishments at the on and off ramps to the freeway. In the larger cities, there is really only signage that remains to indicate where Route 66 was…and the extensive merchandise with Route 66 logos.

Here are some pics from our experiences with “Main Street”, which we first picked up ever so briefly in Riverside (just east of L.A.), reconnecting just before the Arizona border (due to a  detour south for Joshua Tree National Park), and generally continued along until leaving the route at Springfield, Missouri.

The funky town of Madrid (pronounced MAD-rid) on a backroad between Albuquerque and Santa Fe:

Santa Fe (should have spent more time there, but campgrounds closed)- oldest church and oldest house in the USA: 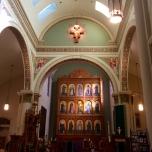 In and around Albuquerque (other than Stuart’s birthday adventure – see previous post) – including rising of the supermoon: 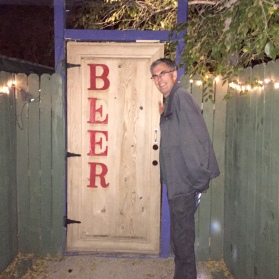 TEXAS. The first stop (at a gas station) in Texas and suddenly you know you’re in Texas…”y’all” with the drawl is everywhere. What’s bigger in Texas?  Cars, churches, how to carry your gun signs, cattle ranches & steaks. 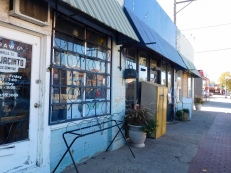 OKLAHOMA. Starts with a continuation of the fields of windmills and oil pumps we saw in Texas… 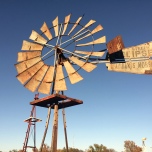 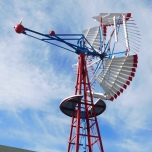 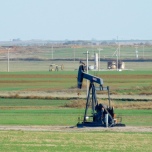 …then rolls through Oklahoma City, with it’s rather haunting National Memorial, 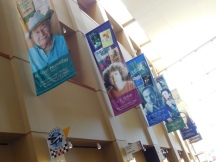 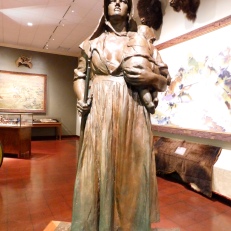 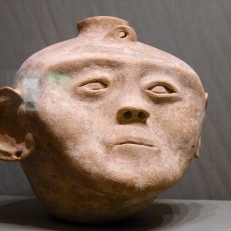 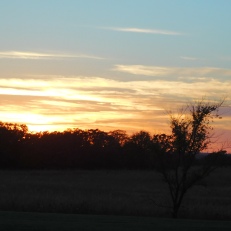 KANSAS. It only took a couple of hours to travel through rural south Kansas, 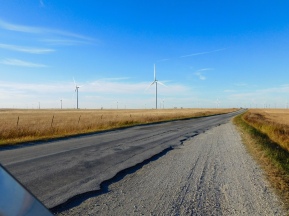 and rejoin Route 66 at Baxter Springs and Galena: 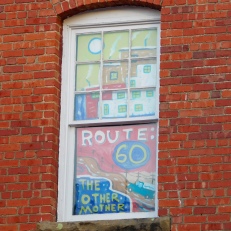 MISSOURI. Unfortunately, not much to see in Springfield, so at this point, we started heading south. And, it was getting to freezing temperatures at night.