Getting home meant a series of progressively better highways:

a. Tuktoyaktuk highway to Inuvik

b. Dempster highway to Dawson City

g. Highway 97 to Kamloops, then Highway 5 to Merritt, then 97C to Peachland, and back on highway 97 to home.

DAWSON CITY:  We first approached Dawson City by coming over the Top of the World highway (from Alaska) with a ferry crossing over the Yukon River. 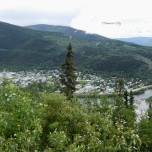 Dawson City still feels like 1898, except for “modern” plumbing and electricity. Most of the town is comprised of original buildings from the Klondike (Tr’ondek) gold rush era, the streets remain unpaved, the sidewalks are still boardwalks, and even the few new buildings are built in the same style. The whole town is like a living museum and is effectively jointly managed by Parks Canada, Dawson City, and the Tr’ondek Hwëch’in. 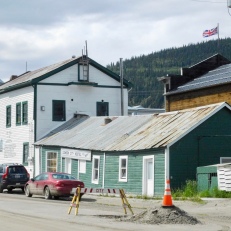 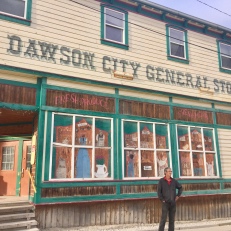 The Dänojà Zho Cultural Centre offers a wonderful welcome film and guided tours through the history of the local people, their uprooting at the time of the gold rush (when 30,000 people descended on Dawson City), their long journey to treaty and self-government (1998), and re-integration with Dawson City. Via a joint session with Parks Canada, we were treated to freshly made bannock and sourdough bread with jams, campfire coffee and chaga tea.

While camping right in the heart of Dawson, we were able to take in the sights of the city by foot and bike:

~ Robert Service (The Spell of the Yukon)

We visited the Bonanza and Eldorado roads at Bonanza Creek, said to be richest valley in Canadian history. There are several dredge sites to visit and public gold panning areas. We did a tour of the largest Dredge No. 4 (Parks Canada), visited the Discovery Claim site (where it all started), and panned for gold at Claim #3. The area in and around Bonanza Creek, and all the way to Dawson City, consists of piles upon piles of rock tailings. There remains some active gold mining here, now done as “cat mining.” 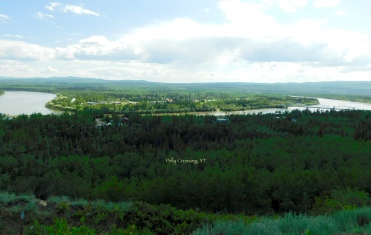 WHITEHORSE: sunny and 26C in Whitehorse was a change from our visit in April 2015. After spending an hour at a carwash trying to get the worst of the now-caked mud off the van and the bikes, we headed out on our bikes along the riverfront pathway. 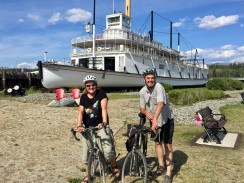 After dinner & beer at the Dirty Northern Bastard public house, we enjoyed a wonderful evening at the Cultural Centre that was hosting the last 2 days of their annual cultural festival. While we were too late for some very interesting workshops (to make drums, ulus, beadwork, carvings, birch baskets, etc.), we did enjoy a performance by the Selkirk Spirit Dancers (from Pelly Crossing) and Greyson Gritt (a Métis Juno-winner from Yellowknife).

SOUTH TO NORTHERN B.C. our concept of “the north” has changed–first by driving 1500km south to Whitehorse (which is considered almost the tropics for those in the true north), then by another 3 days of driving to get to Prince George, which we had previously considered as “northern B.C.”  Some highlights along the way…

Five Fingers rapids & the 219 steps to the 2km trail 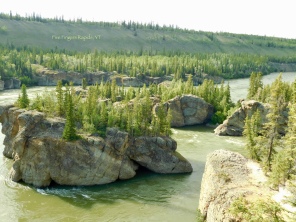 one of several bears over 3 days driving (this one near B.C./Yukon border)

And now, we’re back to the coastal rain forest. Perhaps the original boom/bust town. In the Great Bear Rain Forest, Stewart and Hyder are nestled amid steep mountains with glaciers, at the end of a 90-km fjord that forms the southern border of the Alaska panhandle with B.C., and where there is the only non-controlled border to the U.S. (but one must clear customs coming back to Canada). Had the weather been drier, we would have done one of several hikes in the area. Or not, given the mosquitos! Stunning scenery in the mist.

during a stop for roadwork, we noticed the effects of budget cuts (?) 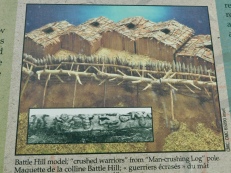 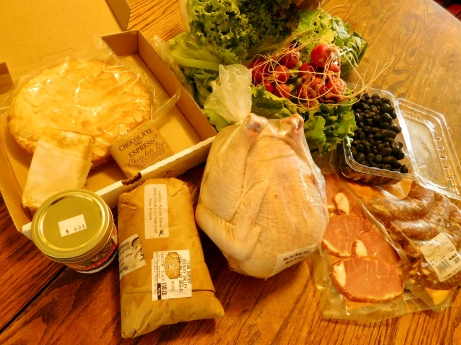 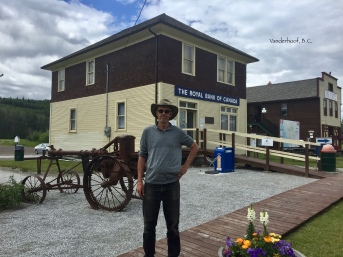 And, finally, after driving 13,161 km through two provinces, two territories, and one U.S. state, including 2600 km on some of the most challenging roads in North America, we had a tire blow out at 100 Mile House, just 400 km from home. And…to put icing on the cake, when the guys came to put on our spare, we learned that the wheel bolts don’t work on the spare, and had to get another tire, in the evening, after almost 12 hours of driving. Thank goodness for BCAA RV coverage 🙂

A final thought:  birds are very difficult to photograph! With numerous bird and raptor sanctuaries and vast nesting grounds for migratory birds from all over the world, the north is a bird-watchers’ paradise…on steroids! We watched a multitude of bald and golden eagles, peregrine falcons and gyrfalcons soar, we heard songbirds all night, we noticed sandpipers, egrets, arctic tern, ptarmigan, ducks and swans (and those are just the ones we remember). However, we did catch a pic of one of the colourful songbirds, the name of which escapes us. But he sure is pretty…. 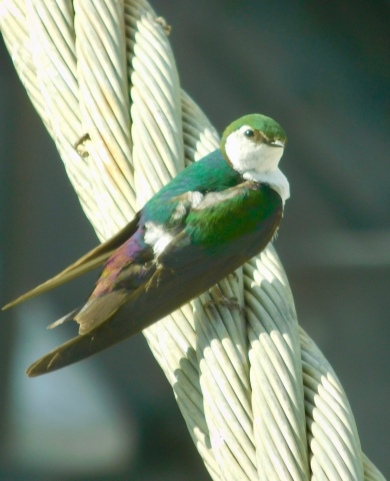